The Portuguese Parliament has approved the Presidential proposal for an extension of the State of Emergency declared on the 18th of March 2020. The new extension will prolong the existing measures and enforce new ones for an extra 15-days, until the 17th of April 2020.

A ministerial meeting was scheduled for today to discuss further clarifications and new ordinances according to the Presidential proposal.

The main restrictions will likely have an impact on freedom of movement, taking into consideration the Easter holidays and the associated internal migratory movements. Nevertheless, the suspension of other civil rights and liberties is expected to be minimal because Portuguese residents have been for the most part compliant with the authorities’ recommendations.

The new regulations will also focus on education, striking rights, limitations on dismissals and controls on speculation.

More information shall follow once the measures are officially announced. 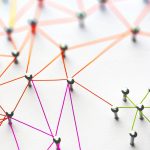