The CJUE ruled against Portugal in process C‑388/19 regarding discriminatory taxation of capital gains on the sale of real estate property.

In 2017, a French resident realized a capital gain on the sale of Portuguese real estate. The taxpayer filed the tax return so that only 50% of the gain would be taxable. The Tax Authorities rejected the adopted taxpayer’s position, and an Arbitral Court was convened. The Arbitral Court later escalated the case to the CJEU.

This ruling’s focus is the conformity of Portuguese Tax law with EU principles and whether the Portuguese taxation regime constitutes a restriction on the free movement of capital, prohibited by article 63 of TFEU.

According to the applicable provisions of the Tax Code:

a) Nonresident individuals are liable to tax on the total amount of the capital gains derived from the sale of Portuguese real estate at a 28% flat rate.

b) Resident individuals face taxation at progressive rates, but the taxable base is only 50% of the assessed gain.

Discrimination based on the residence criterion constitutes a restriction on the free movement of capital principle.

It is not the first time Portuguese Tax Law is scrutinized by the CJEU in this regard, particularly concerning nonresident individuals’ tax treatment. Past CJEU decisions already considered differentiated Portuguese tax treatment against EU principles. A 2007 judgment on the Hollmann Case (C 443/06, EU: C: 2007: 600) led to changes in the Portuguese Income Tax Code.

Consequently, the amendments then introduced allow nonresidents to be taxed under similar conditions to resident taxpayers. However, the regime forces nonresidents to disclose foreign-sourced income, and the CJEU still finds the current regime to be discriminatory. As pointed out by the Court, Articles 63 and 65 of the Treaty must be interpreted as precluding a Member State’s regulation whereby a nondiscriminatory tax treatment is contingent on the taxpayer’s choices and elections.

Because of this ruling, it is expected the Portuguese Government amends the Tax Code accordingly. This ruling opens the possibility of pending cases being reviewed. 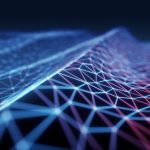 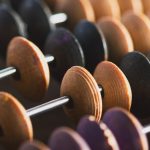